Dances can be classified into three categories that not very many people go into. There are not many that can define their particular dance into one of these categories, the Fad, Novelty and the Standard dances. And these dances generally adhere to an age level. The Fads are usually with the younger (under thirty), the Novelty with the older and the Standard with the over forty,


"How much you know is not as important as what you do with what you know."

Fad dances usually picked up by the young folk who can get interested very easily, into anything never done before. These were also called "dance crazes." At one time some lasted a full decade. In the early part of the last century, you could have a new one every month. Dancing style fads have for some centuries been a part of social dancing.

Sometimes gliding smoothly into tradition after their "newness" has faded, and sometimes simply fading away into oblivion, as other new fads would appear. This has happened even before the evolving partner dances set in and will continue in the future.

The Novelty dances would usually last a little longer but also eventually died down as other dances would appear. However, many novelty dances have remained even after they have become obsolete. How about the Polka? Just good fun. How about the Twist? Still around now and then. I expect the "Macarena" to surface one of these days. Our Dance world!

"At Last" by Glenn Miller

Then the very good ones remain on much more solid ground. The decisions are made by older people with some decades of dancing experience. These "Standards" have also been helped along by the disciplines, though some still carry dances that are now clearly obsolete in recreational dancing.

The standard dances are the ones that will be playing in West Oahu in the near future. It will involve mainly the recreational, cultural dancer. The Pau Hana dance is coming, instead of a Happy Hour. The Pau Hana Dance will have less drink, more dancing and more talk story with friends and relaxation in the middle of the week than any other form of entertainment.

The music will not be played, incessantly non stop. Music inherently depends on silence in some form or another to distinguish other periods of sound and allow dynamics, melodies and rhythms to have greater impact. Most music scores feature rests denoting periods of silence.

Accomplished composers don't take all their best ideas and muddy the listener's experience by rattling on and on. These artists know how to communicate their ideas clearly. Listen to the space between the phrases. Listen to how silence is used as a color, and not simply as the lifeless backdrop of compositions. Silence, when used effectively, is a color.

There will gradually be the acceptance of silence of 30 second intervals or more, which will be a welcomed respite for all. The same as the ole days when the band had a little time between tunes.This will be relaxation. The non-stop is for the kids, let them enjoy theirs.

LAGS: Latest And Greatest Syndrome. This is a failing that enters into most teachers at one time or another. Of course, the teacher is aided and abetted by the students. So it becomes a collusion of both parties and is not considered very unnatural.


Blogger's Law Number 21b: If people view their problem closely enough,
they will recognize themselves as part of the problem.

At times the teacher will find himself with the opportunity to show his students what a  g-r-e-a-t teacher he is, a top teacher, no less. But he will never mention that of of the six hundred or so documented step patterns in the dance, he may know less than two hundred of them.

For the student this an opportunity of a lifetime. To learn that step will really stake his claim to being a terrific dancer. Of course, the fact that it may take five years for him to ever do it correctly and with finesse, will never enter into the equation. You can see it every day on our dance floors.

"Rhythm Is Our Busines" by Billy May Orchestra
The student leader will not very easily be able to lead any follower into that step pattern unless the follower is well versed in it. So he is stuck with whomever he learned it with. And a mortifying time will be held by all when they try to teach someone else how to do it.

Definitely not for cultural, recreational dancers when there are so many beautiful leadable step patterns available for the trying.

How about in an exhibition dance? Now that is a horse of a far different color. The students learning the dance can apply themselves quite differently for they know they will be seen by an audience. With practice and the help of their very capable teacher they may be able to make a good presentation.

The audience of course will love it. They may never have seen it before and it will probably be executed almost to perfection. And the dance teacher can bask in the reflection of the terrific exhibition. Now that is LAGS in the right place and everyone comes out smelling like a rose.

Pub's Side Note: The Good People are quite easily defined by our fellow dancers. And it is developing very nicely in the Oahu - West sector. We would like to emphasize the stability of our dance structure by the existence of the married couples first. Then of course, there are steady couples with various relationships that are acceptable as good people.

Couples that dance occasionally with each other can be good people and we will have a place for them some day but this is not it. 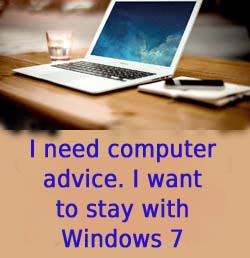 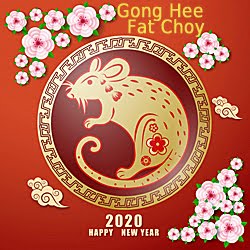